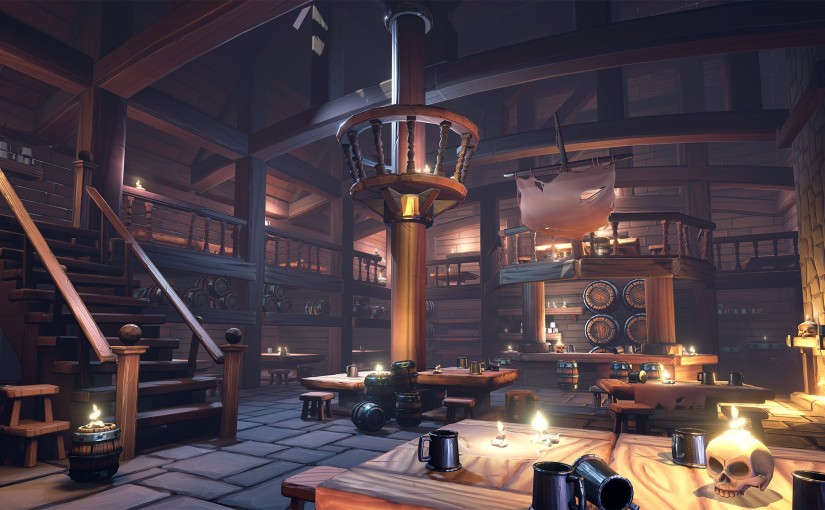 Taverns are popular with sailors for three primary reasons: booze, gambling, and whores.

The Mermaid’s Mirror is a sailors’ tavern of moderately good repute in Areen Port. It is clean, with good food and drink and reasonable prices. Fights aren’t common and outright murder is unheard of. Many captains use the Mermaid’s Mirror as a recruitment station.

The owner and innkeep, a dwarf named Morgan Datchery, is known to be trustworthy.

Located in the worst part of town, the Dying Orphan is perhaps Areen Port’s most notorious and disreputable sailors’ tavern. It is known to be a hangout of cutpurses, scammers, crimpers, hustlers, murderers, and perpetrators of unquantifiable other sordid deeds. At last count, the City Guard put the average number of suspicious deaths at around 9 per month (with rumors of about that number again that are covered up rather than reported). The clientele tend to be surly and drunk, and are usually openly contemptuous of anyone who sheds too much light into the dark corners of the smoke-filled room, either literally or metaphorically.